About the Artist ​
For 28 years, as the owner of The Oxford Group, a marketing design firm located in San Diego, Bill Oxford has created campaigns for hundreds of national and international corporations including IBM, NCR, SONY, Johnson & Johnson, AT&T, Fujitsu, Hughes/JVC and Raytheon.

In 2010 he began shooting stock photography for Getty Images, the largest photo licensing agency in the world. Success followed and Bill moved to The Sea Ranch where he continues to shoot for Getty, adding to his portfolio of over eleven thousand images.

Surrounded by the beauty of nature and stunning homes of the area, he soon aimed his lenses toward landscapes, seascapes and architectural photography and video. Bill states, “I love the challenge to learn new shooting techniques for capturing images that connect with people”.

You can view more of Bill's photography and graphic design at billoxford.com​.
​Bill Oxford's images at the "Thought behind the Shot"
​Note: if you are interested in purchasing any of Bill's photography from "The Thought behind the Shot", please contact Gualala Arts at (707) 884-1138 or email info@gualalaarts.org for further information or ordering detail. 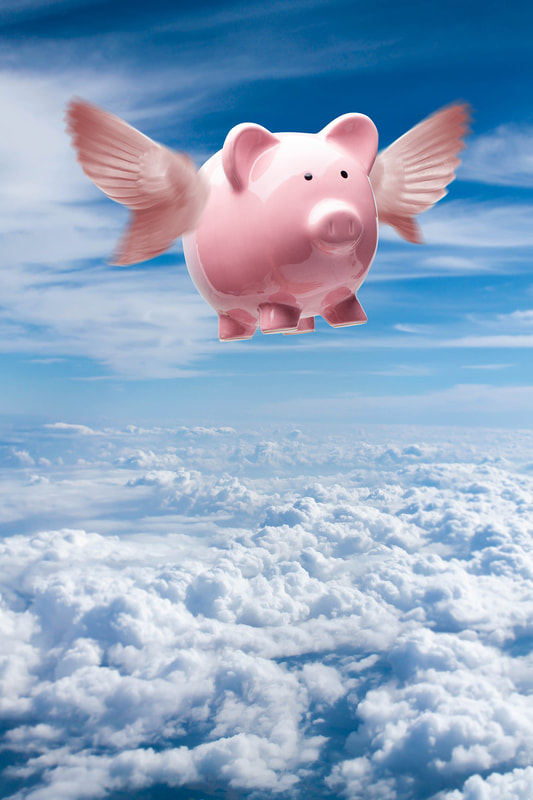 When Pigs Fly  $250  #BO2
""When pigs fly" is an adynaton — a way of saying that something will never happen. The phrase is often used for humorous effect to scoff at over-ambition. I took a toy piggy bank and made the impossible, possible. Wings were added, colorized and motion-blurred, then composed over a layer of clouds in Photoshop. 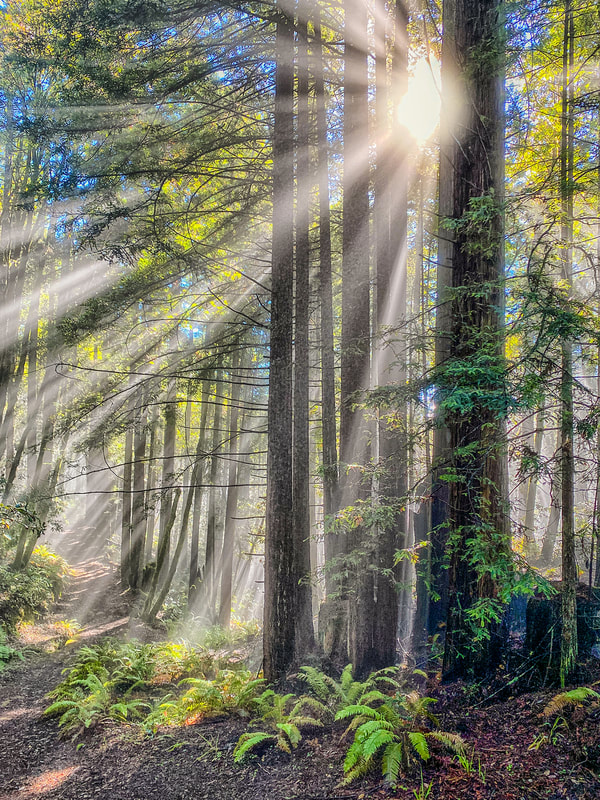 Fog Beams In The Redwoods  $250  #BO9
An ephemeral moment where low ground fog meets a sunny day. This was shot on the trail next to my house at The Sea Ranch and lasted about fifteen minutes.  In eight years living in Sea Ranch, this is the most dramatic forest lighting I have ever seen. 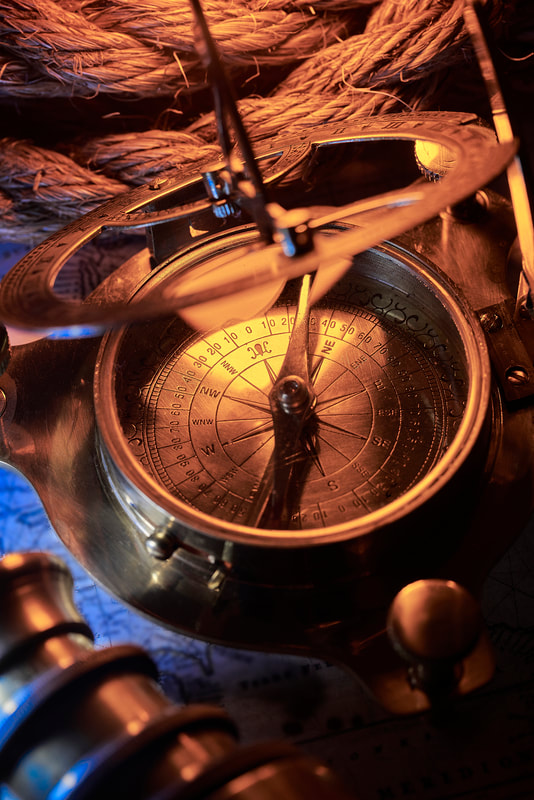 Vintage Compass  $250  #BO1
This was shot in my studio using vintage nautical elements purchased online. The goal was to convey the ideas of travel, journey, direction and adventure for my stock photography photo buyers. 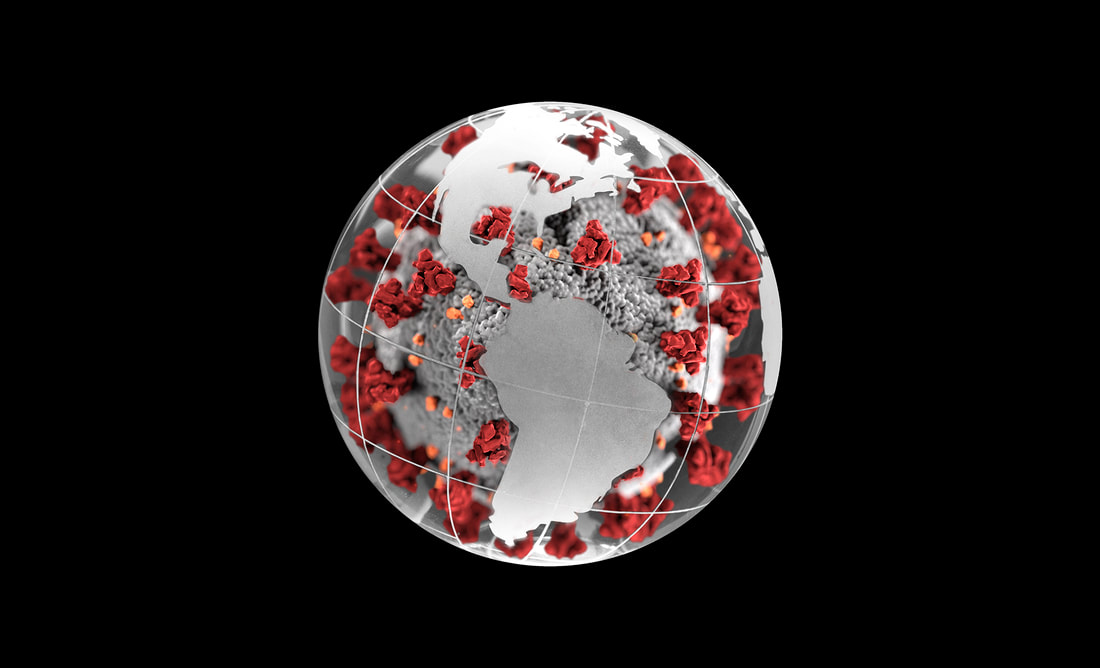 Covid World  $175  #BO3
I wanted to visually communicate how the Covid-19 global pandemic has dominated our lives by placing the virus inside of a clear globe, floating in space. It was composed in Photoshop using a glass globe I purchased and a public domain covid virus image. Hopefully, we are coming to the end of this pandemic and can get back to normal again. 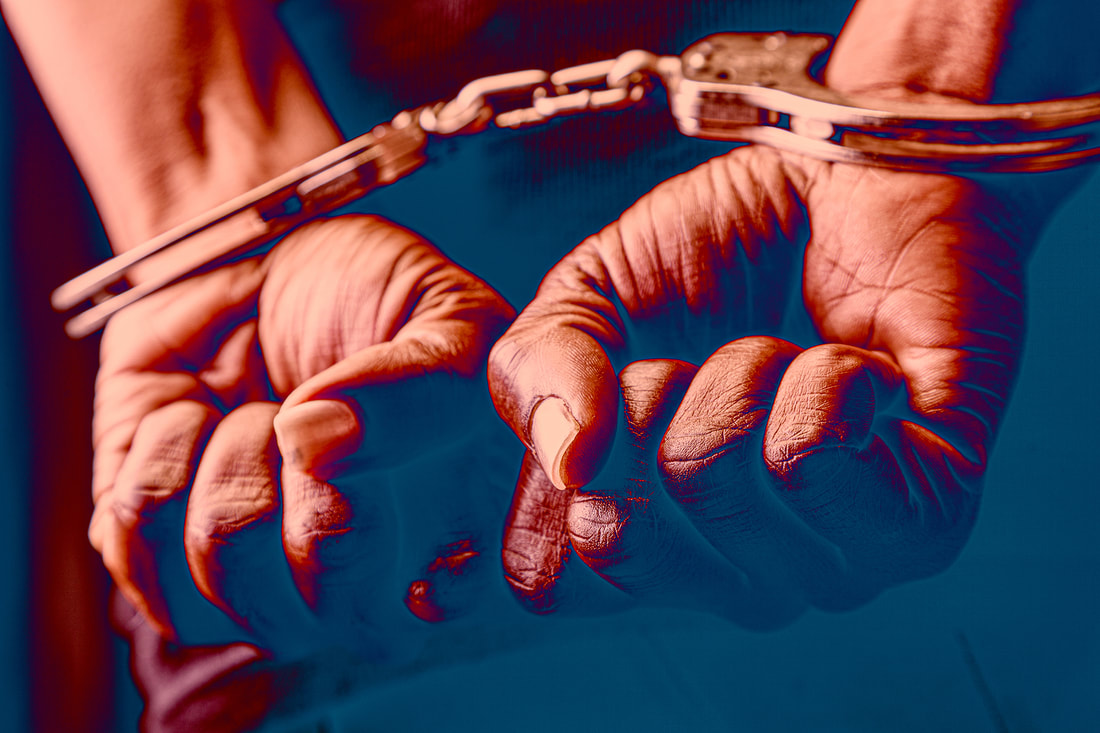 Cuffed  $175  #BO4
This is part of a series about black lives in America. I hired an African-American model to wear handcuffs behind her back. Dramatic color tone was added for effect. She tried not to show it, but I could see in her body language, that the reality of being a black woman in America was difficult. It is one of my best selling stock photos. 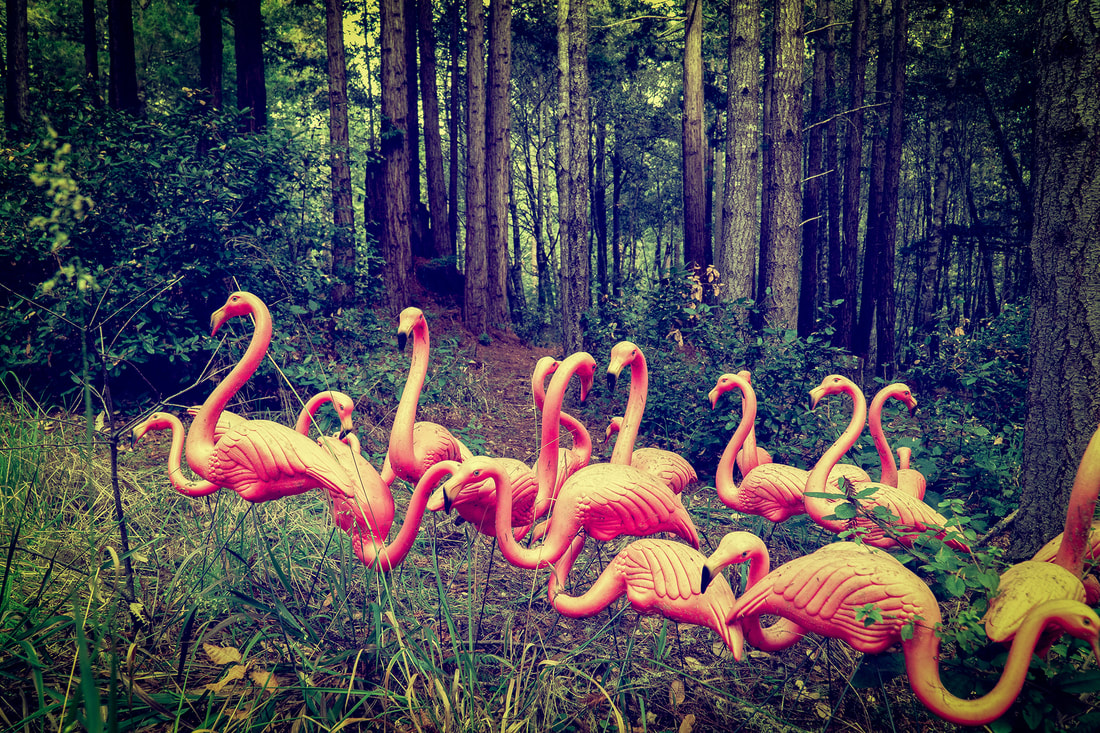 Flamingo Parade  $175  #BO5
While photographing acreage for a realtor at Timber Cove, I came upon a flock of plastic pink flamingos. They were beautifully arranged by someone who apparently likes absurd art as much as I do.  The beauty of the pink birds in a green forest was captivating. There was an eerie charm about them. 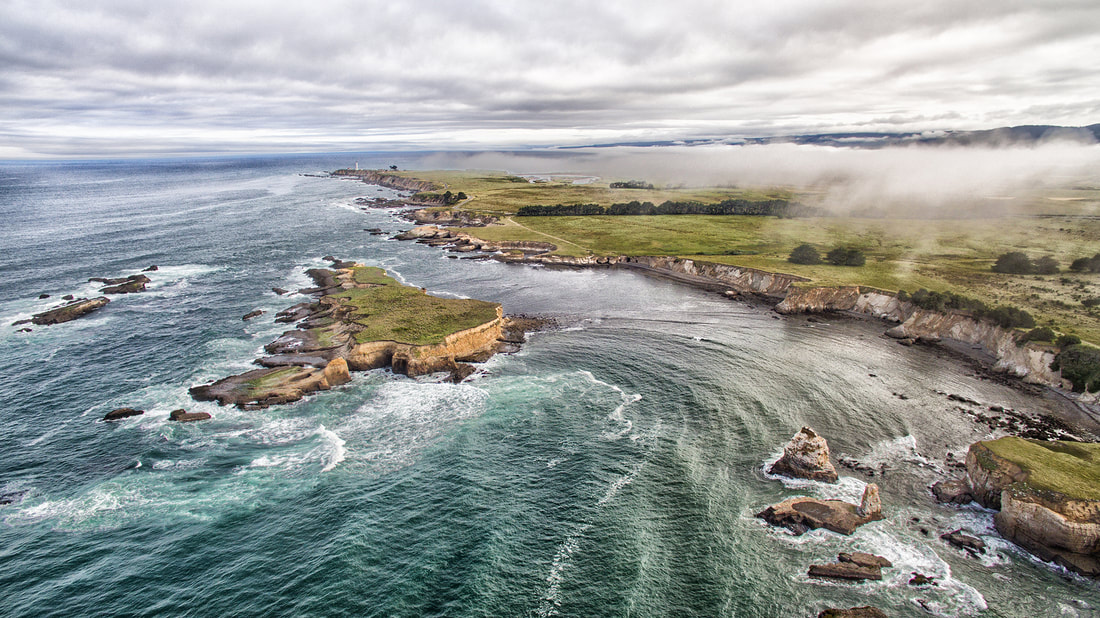 Point Area Lighthouse  $175  #BO8
If you look at the distant point of land, you will see the Point Arena Lighthouse. It was photographed at 400 feet. As I was flying back to land, an osprey began attacking my drone. When I landed, she began screeching and swooping at my head. I quickly left the area. 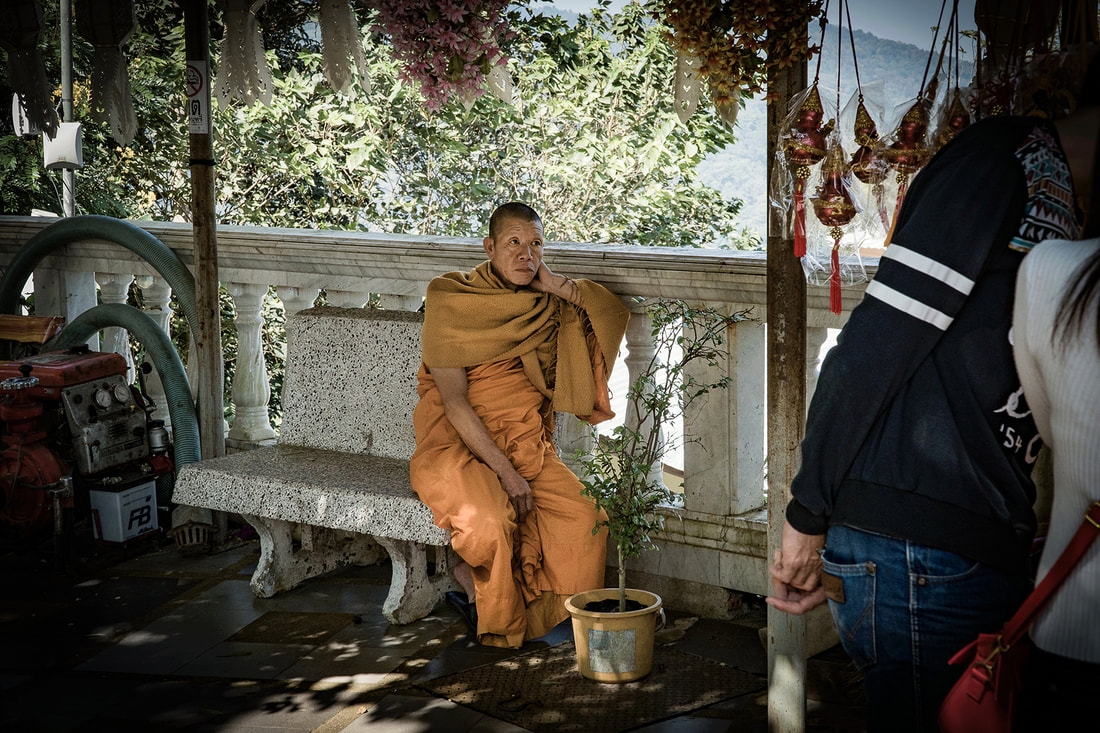 Monk In A Funk  $175  #BO7
While visiting a Buddhist temple in Thailand, I noticed a monk sitting on a bench surrounded by trinkets and industrial machinery. His sad and weary expression seemed to reflect how many of the sacred spiritual places in his country have become cheesy tourist theme parks. 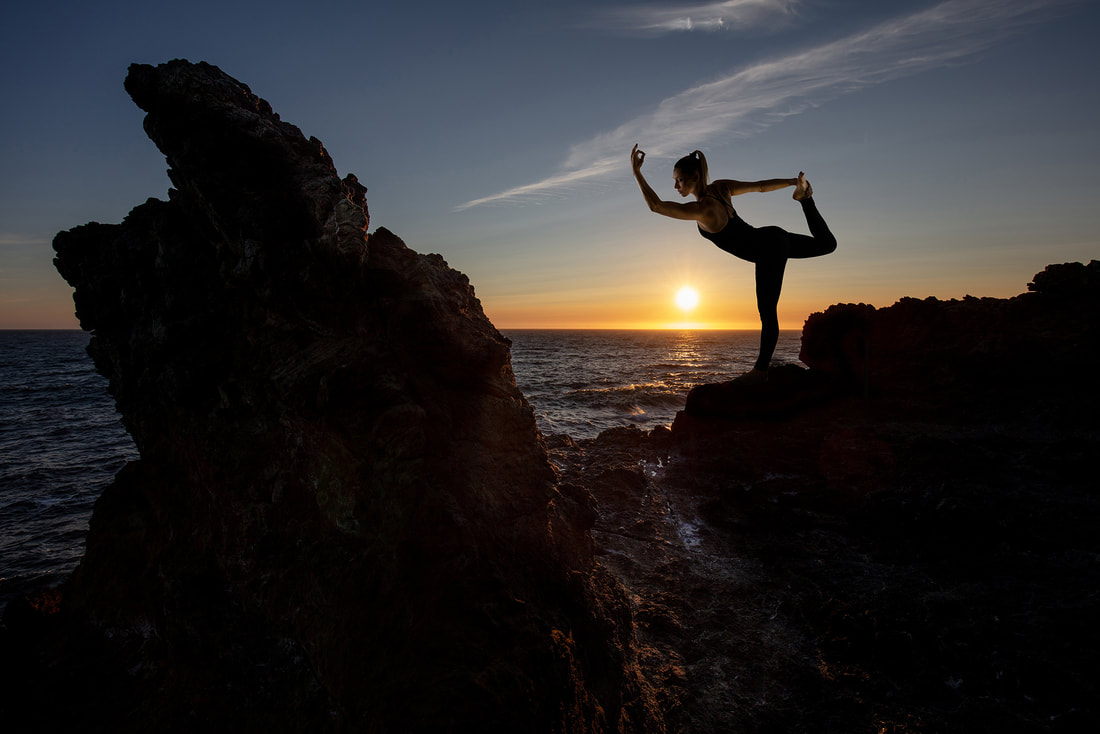 Yoga On The Rocks  $175  #BO6
Combining nature and the human form. I photographed a local yoga instructor in my home studio on a white background and composed her image into an ocean-sunset photo I took in The Sea Ranch. This eliminates the model having to deal with wind and cold. I matched the studio lighting to the sunset.
Back to "The Thought behind the Shot" home page